About the Camirand Muzzi Institute

The Camirand Muzzi Institute is an independent continuing education centre that aims to provide a space for excellence, in order to advance the osteopathic profession. The ICM has the philosophy and traditions of osteopathy at heart, and wishes to integrate the latest developments in scientific research, as well as advancements in osteopathic science, in order to continually enhance the rigor of our practice.

The CMI’s mission is to advance the communication, sharing, and knowledge of osteopathy. The application of evidence-based data, utilization of information transmission technology, interdisciplinary collaboration, and an integrative approach are all at the heart of their vision.

In addition to the courses given by Nathalie Camirand and Dino Muzzi, the CMI wishes to promote seminars with other internationally recognized osteopaths. Various  health professionals will be invited to speak in order to encourage a crossover view of our profession, and provide a multi-faceted view of patient care. 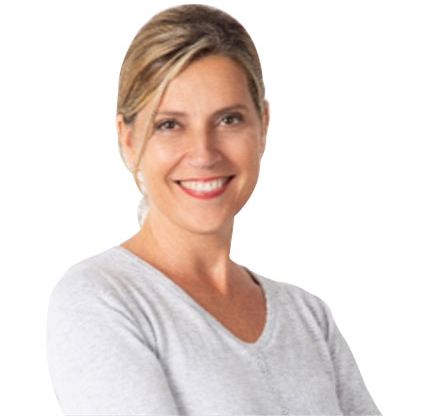 Nathalie Camirand graduated in physiotherapy from the University of Montréal in 1985 and in osteopathy from the Collège d’Études Ostéopathiques de Montréal in 1993. She has taught at the CEO from 1993 to 2019, and has been teaching  continuing education courses for over 20 years in Gynecology, Urology, Glandular Dysfunctions, Anxiety and Depression in relation to the Brain-Gut Axis, and Women’s Health. On top of being a teacher and international lecturer in more than 15 different countries, she also coordinates a University Specialty Diploma (30 credits) at the Pompeu Fabra University in Barcelona in Gynecology-Obstetrics since September 2017. This same specialty program is also offered in France with the COB and in Germany with the OSD.

She is the author of “Dysfonctions glandulaires et nerveuses”, which was published by Maloine in 2009, and translated by Elsevier Germany in 2020. She is also the author of “Axe cerveau-intestin-pelvis et ostéopathie”, which was published by Elsevier in 2020. In 2019, she was  the recipient of the “Prix Reconnaissance Ostéopathie Québec” for her contribution to the advancement of osteopathy, as well as for upholding the profession’s growing reputation. 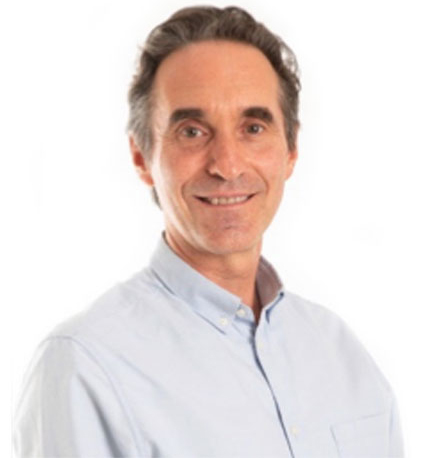 Dino Muzzi graduated in physiotherapy from the Université de Montréal in 1985 and in osteopathy from the Collège d’Études Ostéopathiques de Montréal in 1993. In addition to his clinical involvement with a varied clientele, he has developed a passion for teaching in various colleges.

Since 2000, he has been invited every year as a speaker at different international symposiums in Quebec and Europe. He has collaborated with more than twenty schools in eleven different countries.

Both passionate about teaching and concerned to offer a serious structure for continuing education, they founded the Camirand Muzzi Institute (CMI) in 2016.